I was not looking forward to leaving Syria.  I leave a little more of my heart there every time I visit.  I knew though, that this particular trip would be very taxing.  We were in Latakia and had only had a couple of hours sleep when we where driving through the desert in the wee small hours of the morning.  My leather jacket, which I had offered to Janice in such a cavalier manner earlier, was now tightly wrapped around me.  I was so grateful at this point that she had declined it.  It was freezing, well, it was probably just a bit nippy but I was coming down with a cold and couldn’t get warm. 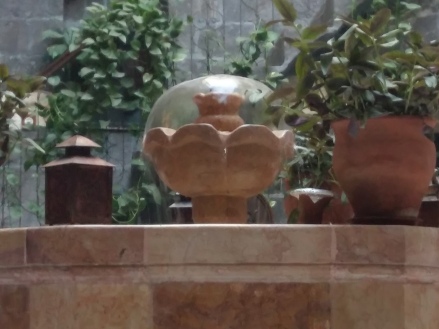 As we came into Damascus on the morning of the 21st of October I was woken by a mortar, I checked my watch it was 7.45am as we edged closer to our hotel the explosions continued, a couple very close indeed.  These were accompanied with a hail of bullets.  I counted 6 mortar blasts before 8.00am … Good morning Damascus!

We entered the Beit al Wali and the staff said; ‘what have you brought with you’.  The mortars continued as bags and taxis were transferred.  I was uneasy leaving my friends in the middle of a mortar attack, not that my presence would change things one way or the other, eventually I was on my way … again. 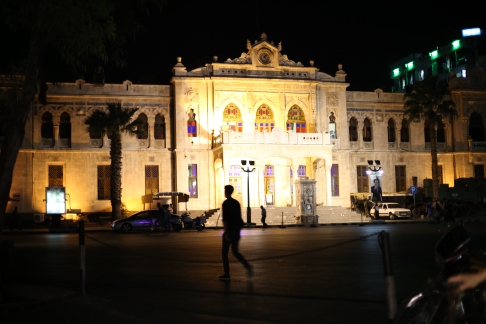 We wound through the crowded streets of the Old City, the population having more than trebled during the crisis from IDPs seeking government shelter.  It is the habit of the terrorists to hit Damascus at peak hour, for maximum effect.  Apart from the loud ‘booms’ of mortars people seemed to just be going about an ordinary day.  No one appeared to be hurried or overly excited by the attack.  Mortar attacks are the new ‘normal’ for Damascus.

As we headed out of Damascus travelling to Beirut I knew there would be a very thorough checking of bags and the taxi that was carrying me, because of the attacks.  At each checkpoint I was grateful for the soldiers and the time they took checking travellers.  One knows that the chance of being caught in an attack lessens with each checkpoint.

This was not the first attack I had experienced in Damascus, it wasn’t even the first attack of this particular trip.  And as is usual nothing was heard of them in the Western media, nor anything of the kidnappings a few days earlier, which like the mortars, emanate from neighbouring terrorist suburb, Joubar.  The Western press is too caught up in reportage from their favourite terrorists du jour the White Helmets, in Eastern Aleppo.  Or anywhere else they can find to muddy the waters on what is really happening in Syria.